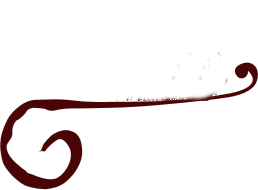 RULES OF COMBAT AND DISCIPLINES FOR HRADEC TOURNAMENT

The following text specifies general combat rules for the Tournament of the Elisabeth Richenza Hradec court, from safety rules to valid counting of hits. In this text, you will find the list of tournament awards and rules for fighting in the disciplines that may appear in the tournament. However, always check the schedule of the current tournament and which disciplines are announced for a particular year and how to take part in them. Registration for most disciplines must be in advance of the tournament. Requests for participation made directly at the tournament may no longer be heard.

The fighting equipment has to historically correspond with the years 1275-1330, with the cultural area and the social status of the represented character. Adequate equipment is a condition of participation in disciplines and for our purposes we divide it into light, medium and heavy class. You can find more about armour in a separate article:

Equipment conditions for the turn of the XIII. and XIV. centur

Unless otherwise specified, the fight continues until the first good hit.

In pre-arranged cases, it is possible to fight for dominance.

All fights are fought in a knightly and friendly spirit. Everyone must fight with the intention of not hurting the opponent.

The veil of the Mercy of the Ladies

Bearer of the shield of Jiří of Holohlav

Champion of the main, red and blue tribune

Winner of the Jakub of Špernak competition

Winners of the Bavor of Strakonice competition

The Royal disciplines represent the highlight of the tournament as a contest between the leading tournament participants of the court and the country.

Crests variant: The lord and the squire

Fight for the bridge

Fighting in the field

Fighting in the field variant: Fortification

Discipline of Jakub from Spernak

Discipline of Bavor from Strakonice

Fight over the fence

Variation of the Maiden's Castle: In Armour